The Hotel Fährhaus is a house of warm-hearted tradition and hospitality. Over 200 years ago, the origin house has been built on that very place, where we cosset our today’s guests. With the harbour of Norddeich and the increasing tourism, the ferry house developed; and as a result of this, also our Hotel Fährhaus. In almost the same manner, the term hospitality, as well as, the requirements of our guests and the idea of recreation changed over the years. However, the happy Frisian way of welcoming guests and turning their stay into something special remained the same.

In 1838, the house of the ferryman, our today’s Fährhaus, has been built. Here passengers could purchase their tickets for ferry crossing to the North Sea islands.

Around 1900 the first guests stayed in the ferry house, which started with 15 rooms. Since then the house has been growing, renovating and expanding.

In the 1950’s the Frisian rusty pub “Fährkeller” came into being, where the “Dieksters” (dyke inhabitants) met to the” Elf Ürtje” (eleven o’clock tea).

In 1996, the owner changed, from family Schoon to family Klug, both long established families of Norddeich. The new owner attached several rooms to the hotel and enhanced the quality.

In 2003, the unique wellness area was set up in the seventh storey and on the hotel roof in a height of 25 metres – matchless in East Frisia.

In 2008, family Klug handed over the wellness hotel to their children, family Fröhlich. They are also carrying on the modernisation of the hotel, so that now every single room shines in a new splendour.

In 2011, the tenderbar has been constructed and turned into a popular meeting point by daytime; as well as, a venue for the nightcap at bedtime.

In 2014, the restaurant has been renovated, so that the atmosphere fits the kitchen’s promise. You dine in a lovely atmosphere, fresh, regional and delicious – as it is expected of a first class superior house. 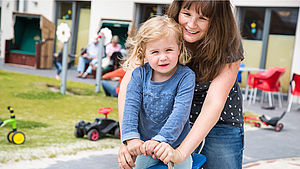 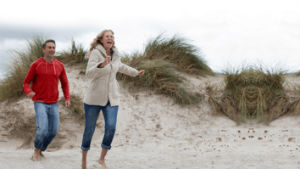